For quite some time, the assessment that the peculiarities of the digital world will not only significantly trigger social changes and alter communication patterns but also readjust the very relationship between the economic and the political system has been elevated to the ranks of a commonplace. Hate speech and liability legislation, monopolies and market power – the topics directly or indirectly affected from digitization’s victory march are truly legion. In Europe, antitrust authorities and government agencies have become particularly engaged in the regulation of digital platforms, having displayed a remarkable tendency to sanction companies over the course of the last years. This was for instance the case when the European Commission decided to hand out a hefty $ 2.7 Billion fine to Google Inc., a move which was afterwards bolstered by a Commission report naming platform power as a main obstacle in completing the Digital Single Market.

However, this urge is not necessarily reflected by Germany’s governing coalition of CDU/CSU and SPD which seeks to put European regulation pieces into practice (c.f. KOM(2016) 356 concerning the Sharing Economy) but shies away from expanding, strengthening or complementing them on the national level. Even the recent passing of the ninth amendment on the federal competition law (that constituted the outline of a platform-related cartel law for the first time) was mainly based on  the already existing European Directive 2014/104/EU. Similarly, CDU and CSU also refrain from  prominently mentioning platform regulation plans in their common election manifesto; instead  they are occupying themselves with complaining that „most of these platforms (…) are located in the U.S. and China and not in Europe.“ Thus, the parties’ main focus on the platform industry is not so much a regulatory one but rather rooted in making Europe’s digital economy able to compete. The SPD has taken a slightly more combative stance on the issue but still remains torn between its implicit wish for social change and the promotion of digital liberties on the one hand and the necessity to regulate problematic web developments on the other hand. For instance, the SPD-controlled federal ministries for Economic Affairs and Energy (BMWi), of Labour and Social Affairs (BMAS) and of Justice and Consumer Protection (BMJV) recently published a joint report identifying and analyzing various trends, chances and challenges that may emerge from a more and more digitized world. The BMWi has broadened the report’s insights by also issuing the so-called White Paper on Digital Platforms which sincerely tries to combine a high level of entrepreneurial freedom with a clear framework but lacks convincing and feasible solutions for a whole plethora of contentious issues.

While the country’s major parties are struggling for a coherent platform policy, the often marginalized opposition parties have strongly spoken out in favor of a much stricter regulation policy. The Greens as well as the Left are inclined to support the societal implications of platform services, particularly as far as shifts in the fields of mobility (car sharing) and media usage are concerned, but they remain highly skeptical on pressing issues like privacy protection and power concentration. „We (…) are ready to stand up against seemingly unassailable IT corporations“, the Greens’ election manifesto quite passionately enunciated. And the Left’s MEP Fabio de Masi declared with regard to the fiscal dimension of platform business models:

„Major companies (…) are hiding their fortunes in tax havens all around the globe. Made up license fees or fictional interest payments are systematically used by Apple, Google and the like to shift  their profits across national borders.“

Surprisingly, the economically liberal FDP – which currently finds itself in a promising position to return to the Bundestag in September – has also adopted a decidedly more critical position than in the past. In a recent interview, party chairman and lead candidate Christian Lindner condemned the ramifications of what he labeled as unbridled „Silicon Valley platform capitalism“ and welcomed the European Commission’s aggressive approach. The unexpected nature of these remarks has sparked some concerns among industry representatives as well as within the CDU/CSU which remain the FDP’s most likely coalition partners. However, the liberal’s skepticism towards the economic implications of platform services is still more or less limited to its leader’s remarks and one should not draw hasty conclusions over what could be nothing more than mere campaign rhetorics. At the end of the day, every future administration’s platform policy will ultimately come down to the allocation of ministries, the details of the coalition treaty negotiations and the largely unpredictable government dynamics that may evolve afterwards. It’s not improbable that FDP or Greens would at least attempt to steer their conservative coalition partners in another direction and put more emphasis on the subject – but it’s hard to assess if that would be enough for serious change.

This site uses Akismet to reduce spam. Learn how your comment data is processed. 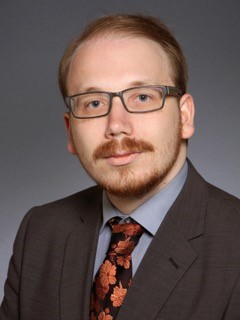